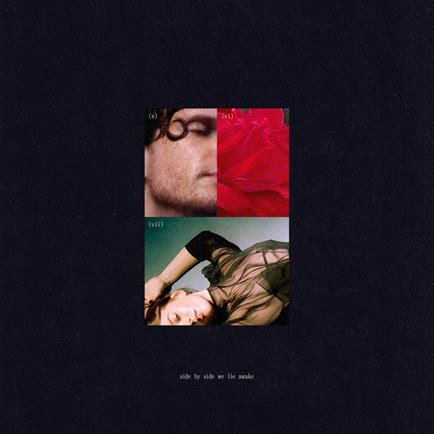 Following their soul-baring single “Breathe,” “Love You Like That” is all sass and seduction. Vocalist Emma Foster slinks around Holliman’s punchy snaps and synths, teasing her target of infatuation with a soulful lilt: “Come let me adore you,” she purrs. “Let me drive you mad.” The song shows the duo fully letting loose—something they’ve grown more comfortable doing over the years.

That willingness to reveal more of themselves is apparent on Arctic Lake’s upcoming fourth EP, side by side we lie awake. Featuring the electro-kissed “Lonely” and the aforementioned “Breathe,” the five-track collection is both sensual and sad, taking the listener through life’s most uninhibited highs and love’s most uncomfortable lows. It’s Arctic Lake at their most liberated—and independent. Aside from “Breathe,” the entire EP was recorded by the duo and produced by Holliman in their two-bedroom flat in London.

It’s a refreshing change of pace for the pair after a string of notable collaborations, including their ZHU team-up “Yours”—which peaked at #16 on Billboard’s Hot Dance/Electronic Songs chart—as well as “House Music” with German DJ Boris Brejcha, and “Road” with producer Lane 8. While there’s a hint of throbbing dance music in “Love You Like That,” side by side we lie awake mostly builds on Arctic Lake’s minimalist, sultry soundscapes, which Tongue Tied Magazine describes as “breathtaking, electromagnetic anthems” that are “simply unmatched.”

The duo’s blend of emotional songwriting and inventive production has won the attention of fans and critics since they self-released their debut single, “Limits.” Since then, their following has grown to over 1 million monthly listeners on Spotify. As they prepare to release side by side we lie awake, Arctic Lake are ready to lure more listeners into their lush world.