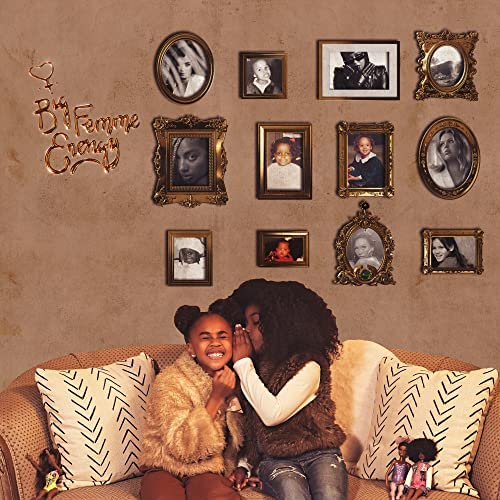 Fresh off the Big Femme Energy Live Tour alongside Baby Rose, SayGrace, and special performances from Teyana Taylor, Ambré returns with the remix to the smooth single, “What You Deserve” featuring 6lack, out now! Listen as the two sultry singers reaffirm their lovers of their worth and how they deserve it all!

LISTEN TO “WHAT YOU DESERVE” REMIX FT 6LACK HERE

The remix stems from the Big Femme Energy, V.1 Deluxe which was released on April 14th and included new singles from Asiahn and B.K. Habermehl. Femme It Forward, a joint venture with Live Nation has a focus on women empowerment and aims to bring more inclusivity to the music industry. Big Femme Energy, V.1 was originally released summer of 2021 as a compilation album that was led by an all-female team of artists, creatives, and executives.

Outside of this release, Ambré is set to be featured on longtime friend and collaborator, Kehlani’s new album blue water road set to release at the end of this month. Not to mention, Ambré is gearing up to hit the festival stage at The Roots Picnic this summer!

This New Orleans native is ready to heat the summer up and make you add her to your favorite artist lists, get ready!