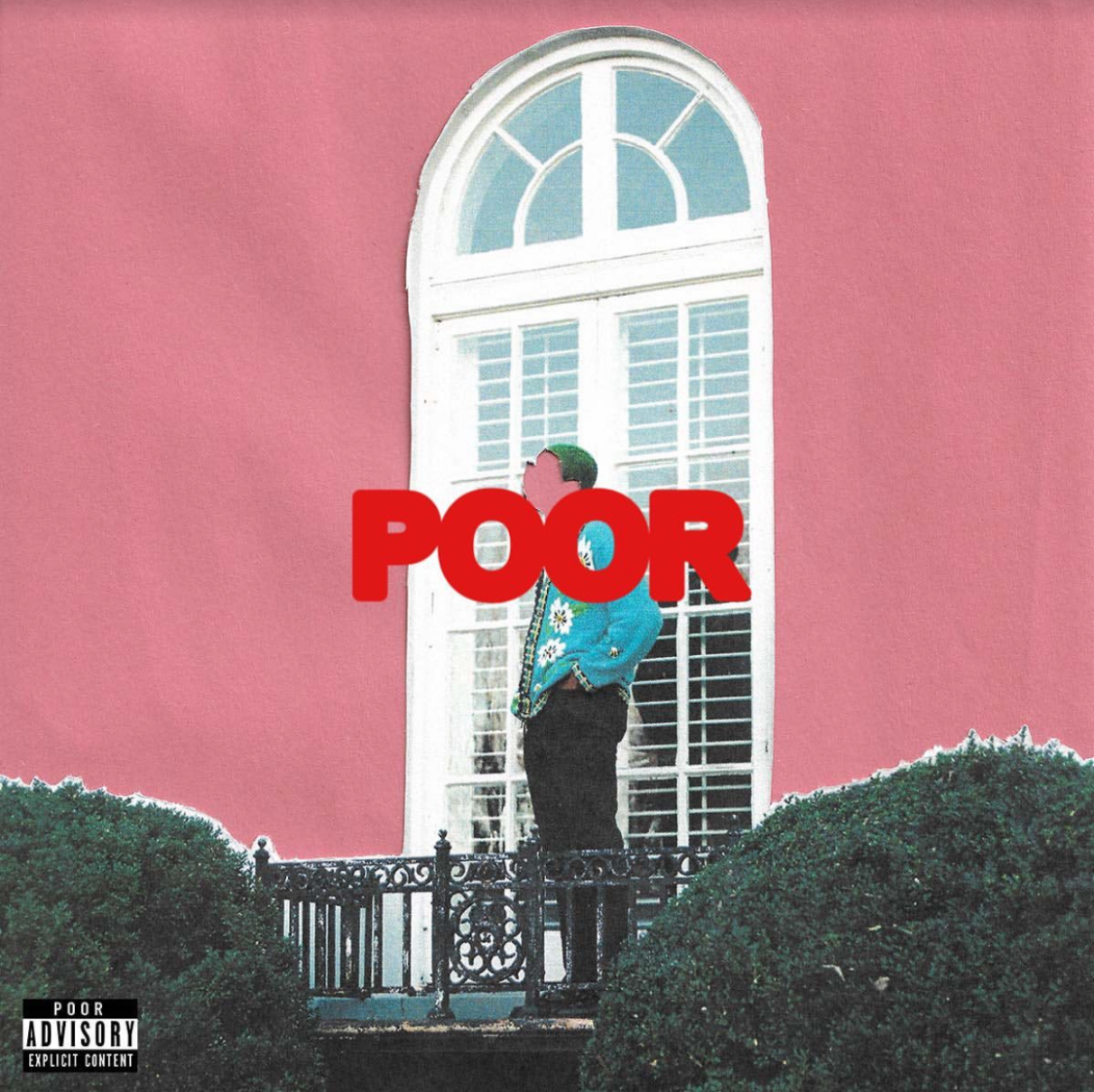 Nashville-based but Riverside, California raised artist $avvy is back yet again with a new musical experience titled POOR, which follows his critically acclaimed debut project Boys Wear Pearls that enchanted listeners throughout Nashville and the mid-south, as well as many others who found the project online as it was the beneficiary of tremendous editorial support in his home city and beyond. His live shows proved to be especially potent, even throughout the peak of the COVID-19 pandemic as Nashville venues still allowed select shows and his magnetic stage presence did nothing but bolster the reach of his debut. POOR is certainly a sonic maturation for $avvy and even as well-rounded as Boys Wear Pearls was, $avvy and his team managed to develop greatly in the past year and change, evolving and perfecitng a variety of sounds, truly offering something unique for everyone throughout these fifteen songs.

He opens the album with the slow-burning yet uplifting track “CALL” where he humbly pops his shit while offering numerous glimpses of his maturely nonchalant personality. He changes the vibe of the project completely with track three “DUMBLONDE” where he jumps on a more classically trappy instrumental and unloads his witty and calmly confrontational lyrics showing that while he might be known for his catchy melodies he can go bar for bar with any rapper around. The first feature of the project comes from fellow Nashvillian Neeko Crowe who has been growing his own impressive fanbase in his own right and is a great collaboration for $avvy. “GROWNMAN” is possibly the most ominous song we have got from $avvy yet and it is clear that he has grown in confidence and bravado, at least lyrically, from his debut. He drops off what might be my favorite verse from him yet while he shows off his subtle wit and bevy of flows.

“Ouch” returns to a more romantic place that Boys Wear Pearls lived which will dazzle another segment of his fanbase as equally as his dense lyricism on the tracks prior. “GO!” is a very unique song where $avvy expands his range in every way conceivable from the gruff opening hook to the lullaby-like bridge accentuated by his upbeat ad-libs. Track nine features Mike Floss who has been a frequent collaborator of $avvy’s since moving to Nashville and Floss personally can be credited with much of the modernization of Nashville’s rap scene in many ways and has been a great mentor to $avvy, helping him navigate what can be a confusing city with lots of barriers of entry surrounding the music scene. Track twelve “STUPID//DUMB” is honestly probably my favorite track on the project and sonically borrows from the pluggnb universe that is particularly having a moment now but $avvy demonstrates that he can handle the sound easily. Chuckthespittah joins $avvy on “TERIYAKI” where the pair drops dense bars over the sparse but thumping instrumental that gives each artist a solid background to talk their respective shit and $avvy introduces yet another flow that I hope to hear him build from more. $avvy and DK end the tape on the aptly titled “CLOSE THE CURTAINS ” that opens with a crowd changing his name before unloading on the ominous and brooding instrumental that the duo both take turns skating over.

$avvy is without a question the most compelling new artist coming from the Music City and his versatility and pen-game at the age of twenty-two are certainly something to be marveled at as well. His entire creative team Dadabase all contributed tremendously to the production and visual aspects of this album and truly it was a team effort from $avvy and his closest friends.

Atlanta’s Artistnameleon Drops First Single Of 2022 With “In Vain”

@JaraiyiaAlize Is “Ready To Go”