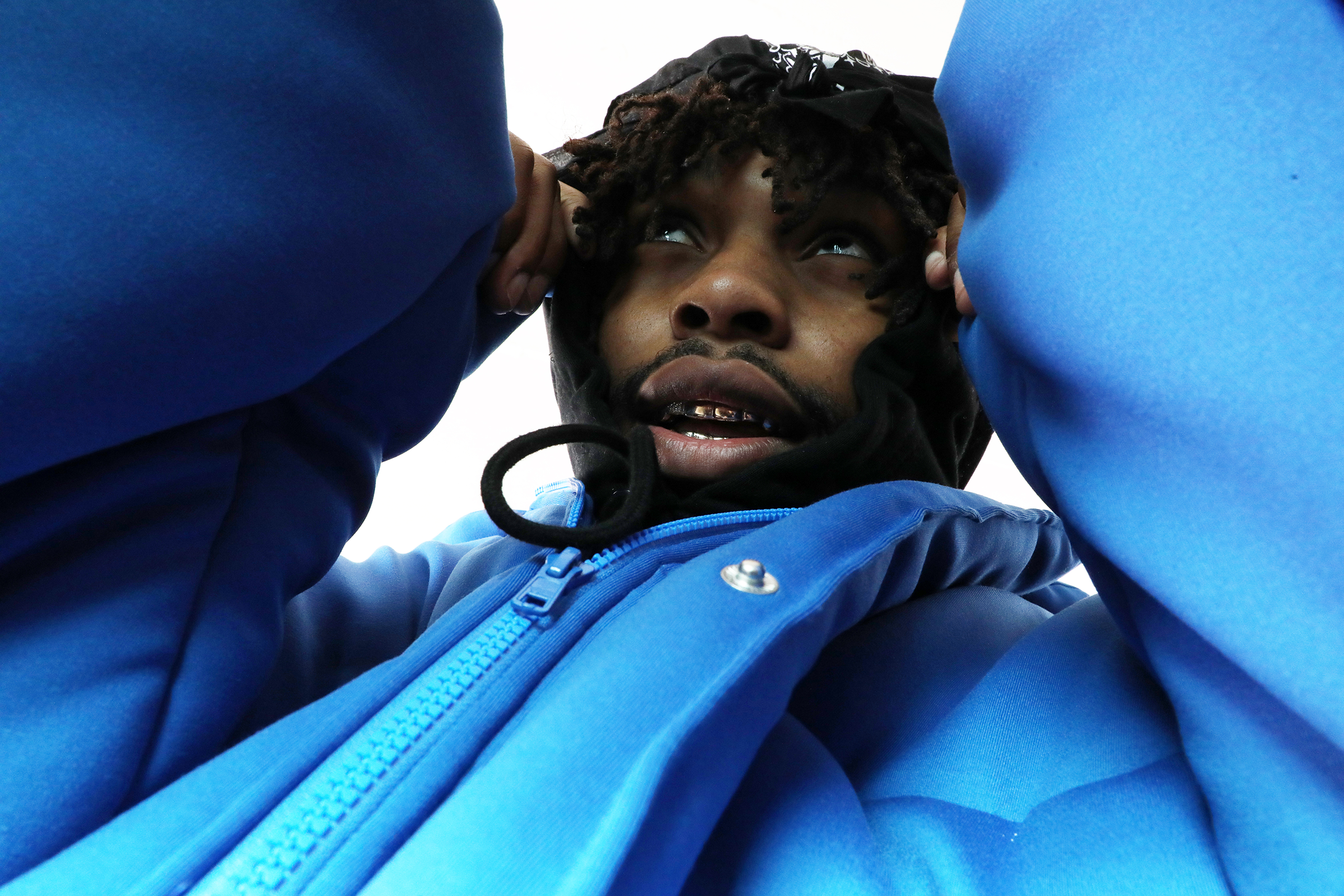 In full command of his artistic vision and wide-ranging talent, $NOT welcomed listeners into his dream world with Ethereal, the 24-year-old artist’s new album, which has generated over 100 million streams across platforms. Today, the rapidly rising star shares the video for “5AM,” the latest video for the album. Originally teased in the final scene of the AWGE-directed video for “Doja” ft. A$AP Rocky, “5AM” is one of the new album’s haziest and most dreamlike tracks, combining jagged-edge, room-enveloping synths and thumping 808s as $NOT tunefully sings about his late night escapades–catch him lighting up a blunt or anyone who looks at him funny. Directed by NOTACHANCE, whose use of film grain makes the clip feel like a home movie, the video follows $NOT as he races a roadster through empty streets in the middle of the night, before heading to his house and hosting some close friends for a low-key function.

“5AM” is the first video from Ethereal since “Doja,” which reached YouTube’s trending chart after the audio generated over 10 million combined streams in its first week of release. Powered by a video that followed $NOT and Rocky through NYC streets and a memorable hook that caught the attention of Doja Cat herself, “Doja” premiered at #87 on the Billboard Hot 100, becoming $NOT’s first Hot 100 hit as a lead artist and second-ever appearance after last year’s “Tell ‘Em“ w/ Cochise, and it has generated over 7.2 million YouTube views and 40 million streams to date.

“Doja” and “5AM” are two of many highlights from Ethereal, which finds the West Palm Beach, FL-based artist reconciling his life as a rising rap star with the inner demons he battles every day. Aided by creative direction from AWGE, $NOT indulges in his most adventurous artistic ideas on this album, trying his hand at every style under the sun. He recruits Joey Bada$$ for “How U Feel,” a traditionalist boom-bap workout, just minutes after teaming with Trippie Redd for the synth-heavy rager “ALONE” and trading verses with Juicy J in the lounge-accented Tennessee trap of “Halle Berry.” The follow-up to 2020’s Beautiful Havoc, Ethereal marks a new era for the young artist–he sheds some (though not toomuch) of the misanthropy that animated his early hits like “GOSHA,” and embraces an open and experimental attitude that’s reflected by his awestruck expression on the album’s cover. Featuring additional guest appearances from Kevin Abstract and Teddi Jones, Ethereal is currently available everywhere via 300 Ent.

Ethereal capitalizes on the momentum generated by $NOT’s successful 2021, in which he made major moves that helped him grow his audience to more than 10 million monthly listeners on Spotify. He earned his first Billboard Hot 100 appearance for “Tell Em“ (for which he earned a PLATINUM plaque in 2022), racked up nearly 12 million YouTube views on “Whipski,” a Cole Bennett-directed collaboration with Lil Skies, and notched additional collaborations with Kevin Abstract & slowthai, DJ Scheme & Fenix Flexin, and SSGKobe. $NOT showed off his live performance chops over the summer at festivals like Rolling Loud, Day N Vegas, Firefly, and Lyrical Lemonade’s Summer Smash, and was recognized on the cover of publications like Miami New Times, VIPER Mag, KAZI, and PREME. In 2020, $NOT made his mark with two projects: Beautiful Havoc, home to singles like “Revenge“ and “Mean” ft. Flo Milli, and – TRAGEDY +, home to the GOLD-certified hits “GOSHA” and “Moon & Stars” ft. Maggie Lindemann.

With Ethereal out now, and more music on the way, $NOT looks likely to reach yet another level of artistry and stardom this year. Keep an eye on the young rapper as he continues to evolve into an icon on his own uncompromising terms.