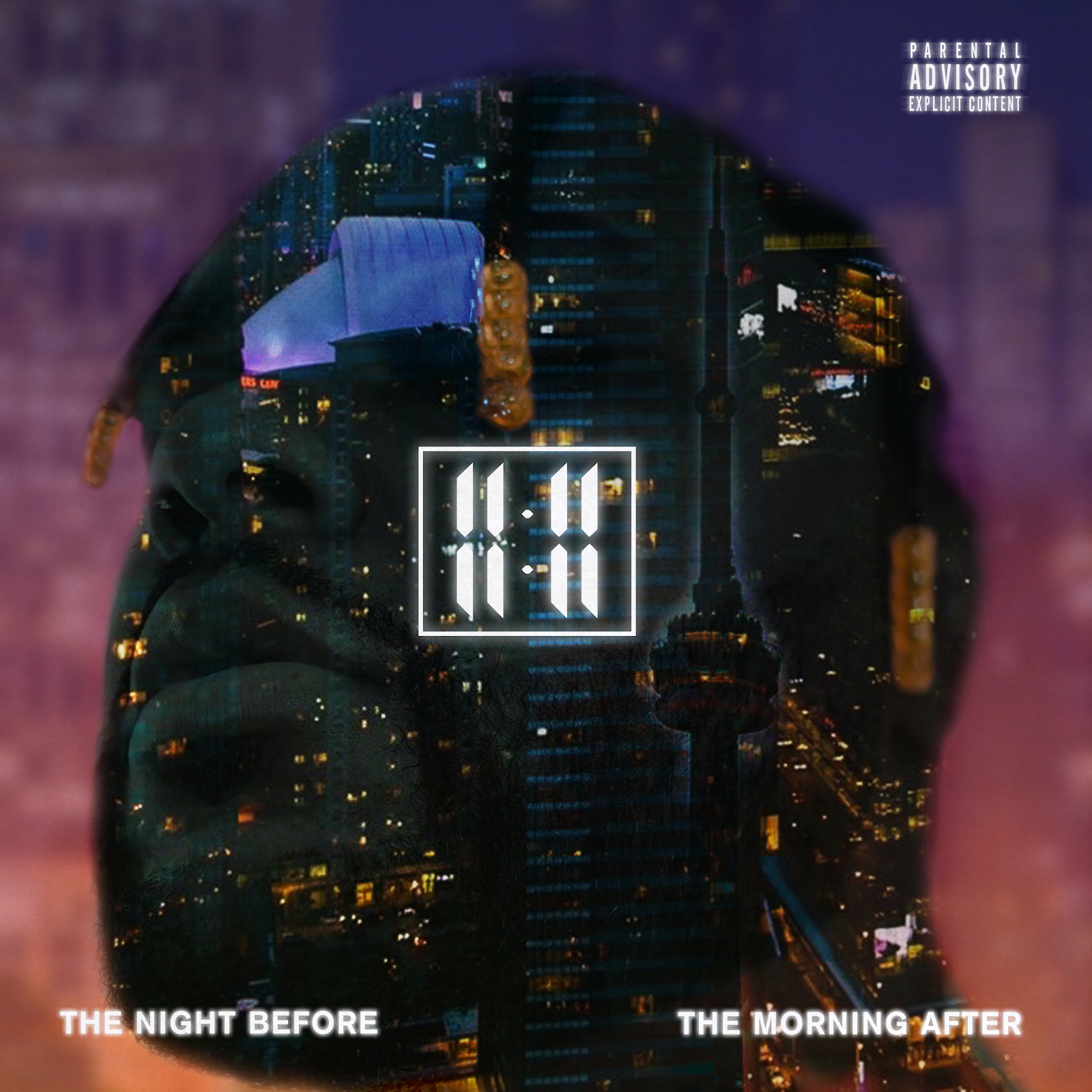 Toronto R&B artist 11:11 releases his new EP titled THE NIGHT BEFORE THE MORNING AFTER  via Raydar Records. “I want fans to see there are other sides of me. I’m not just that lovey dovey guy, always talking about being in love. There’s a “PM” version of me; when it’s dark out the vibe changes. Of course that loving guy will always be there for the right person, but at this moment, it’s demon time, savage season.” says the R&B artist.

Signed to music mogul, Ray Daniels’ label RAYDAR and working with the likes of Akeel Henry (dvsn, Jeremih, Roy Woods & Ty Dolla $ign) and Theron of Rock City, with each new single, the burgeoning star continues to develop a massive fan base. 11’s EP The Night Before The Morning After’ says it all.While still touching on love matters, 11 wants to showcase yet another layer to his genius. His early projects include his self-titled EP, released in 2016 with the project’s lead single “You” toppling 20 million streams on Spotify. A year later, 11:11 followed up with the silky slow jam “Good Love” which amassed over 14 million streams.On the Mood EP,11 set the stage for a deliberate musical progression with “All Year” racking up over 14 million streams across all platforms.

11:11 built his sound and following in the musical hub of Toronto, but with his debut album, he’s taking his fans to Atlanta and indulging in all the city has to offer. The nightlife, the women, the hustle, and the trappings that follow it all are influential in his new direction, a fusion of the chill, smooth R&B vibes of Toronto with the confidence and game of Atlanta.

Check out his project today!

Related Topics:1111
Up Next