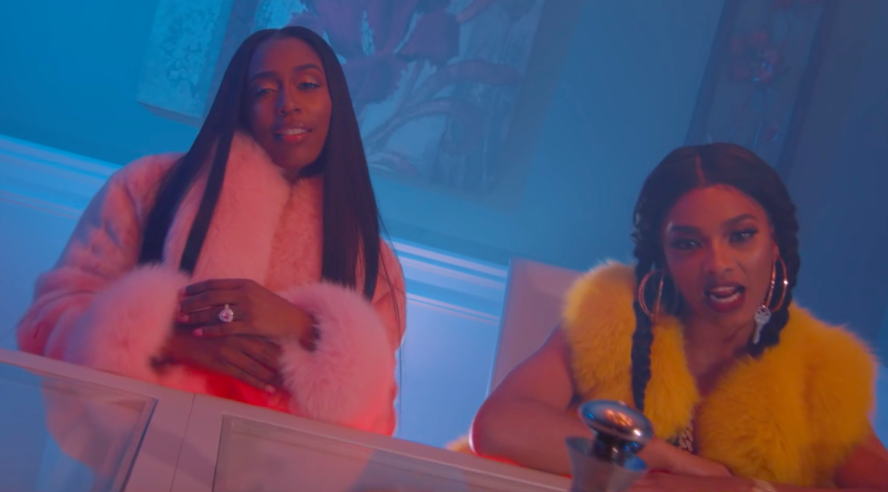 Last week, we talked about La’Britney and Kash Doll’s “Actin Funny” being a great release from two of Detroit’s hottest female artists. The only thing that was missing from the song was an accompanying visual that captured both of their distinct personalities. That’s changed with the release of the visual for the record, and, in short, it’s amazing.

Both La’Britney and Kash Doll exude tremendous amounts of sex appeal: La’Britney’s is more innocent and sensual while Kash Doll’s is more boss-like and overpowering. They’re both two sides of the same coin, but equally luscious. It’s a wonder that the visual for the record manages to capture this through camera angles, quick cuts, and outfit choices. Kash Doll’s luxurious heels match her humongous mink while La’Britney’s more club-ready dress shows the best of her physique.

The colors on display are beautiful, with various shades of red and orange featured prominently throughout. The visual manages to elevate the song in almost every way, making an already hot song even hotter. It’s no wonder that MTV has already acknowledged it so early in its runtime. Where it soars from here remains to be seen.

Watch the video for “Actin Funny” below.

Spotlight: @mollybrazy’s “Last Minute” is a fiery exhibition of everything she does best