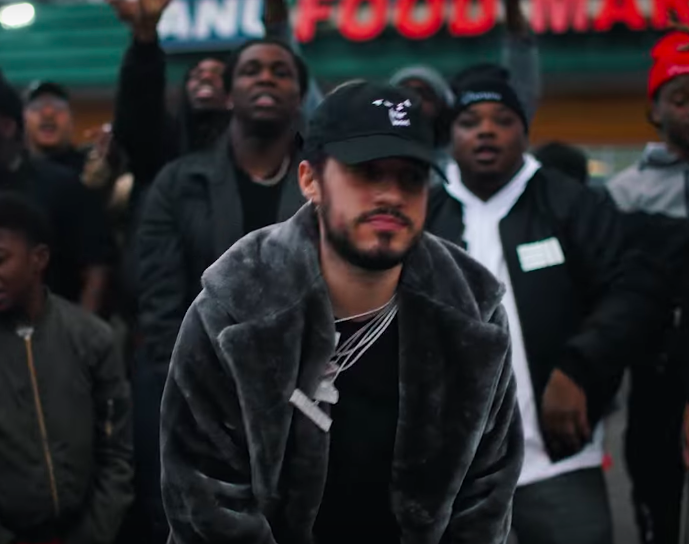 The minions of Russ have put their hands on Adam22 of the No Jumper podcast and rapper Smokepurpp. Apparently, there’s more in the pipeline – Adam revealed that there are multiple other industry figures who have had this happen to them. This information has posited Russ as the ultimate throwback rapper, an artist not afraid to get into the fray with his posse. Wouldn’t it be badass if he released a song that acted as a soundtrack to his endeavors?

Last year, before the reports of these happenings started to swarm in, he released his debut album There Is Really A Wolf. On that album is “Flip,” a strong, swaggering track that sounds both eerie and hilarious in light of the recent events that we’ve heard about. On the song, he raps about how rappers need to keep the same energy when they see him. In the video that released back in January, around the time that Adam22 said he was sucker punched by members of Russ’ crew, Russ hangs with what looks like the Nigerians that multiple people have complained about. At the time it looked like a regular video, now, it looks hilarious.

Just listen to the song below, check out the video, and have a laugh.