DJ Yemi is a successful DJ who’s come out of West Virginia, a state not known for its musical contributions to the hip-hop scene. He’s seen a lot in this industry, has worked with artists like Travis Scott, Ty Dolla $ign, and more, and has a story to tell as well as offer advice to others who wish to learn the craft.

Check out our exclusive interview with him below.

What made you want to break out of it?
Traveling to other states and seeing opportunities made me want to expand.

How would you describe your approach to DJing?
My approach is all about connecting with the crowd. If I can connect with the crowd by making them feel every song and beat I have done my job.

What was the moment that you knew that you could do this professionally?
There were lots of little moments that bubbled into knowing a DJ career was on the horizon. But one was years ago when I got an EDM gig and I was able to change my live set with that concert. I created a set made for the event and did so good they invited me back.

What’s the hardest thing about being a self-taught DJ?
Hardest thing I would say is keeping up with the different sounds of music! So many different genres of music to maintain. You always have to be tapped in what’s making people move on the dance floor.

How do you go about connecting with such big artists?
I often look for an unknown artist with good sound and lyrics. Then, I build a relationship with them regardless of how big they get. Some have gotten to Billboard. The connection always starts at the root.

How has growing up in the church affected your approach to music?
When in church, the music hits the soul and has more meaning than just anything that you listen to on a daily basis. So when I look for music that strikes my interests, I look for the same feeling. Soulfulness and meaningful lyrics that stand for something.

What’s your favorite DJing story with an artist that you’ve worked with?
Not a story, but one thing I have learned about the great artists is that they put in the work. Late studio nights, perfecting everything from lyrics to the sound

What tips do you have for aspiring DJs?
The tip I always give is consistency! No matter what be consistent! On-time and ready to do a great job at any gig!

What would be your dream gig?
Don’t have a dream gig but my dream is to be able to continue to work with music and provide for my family!

.@MeechTheGoat talks new project, ‘Before Chronicle,’ and what to expect from forthcoming album 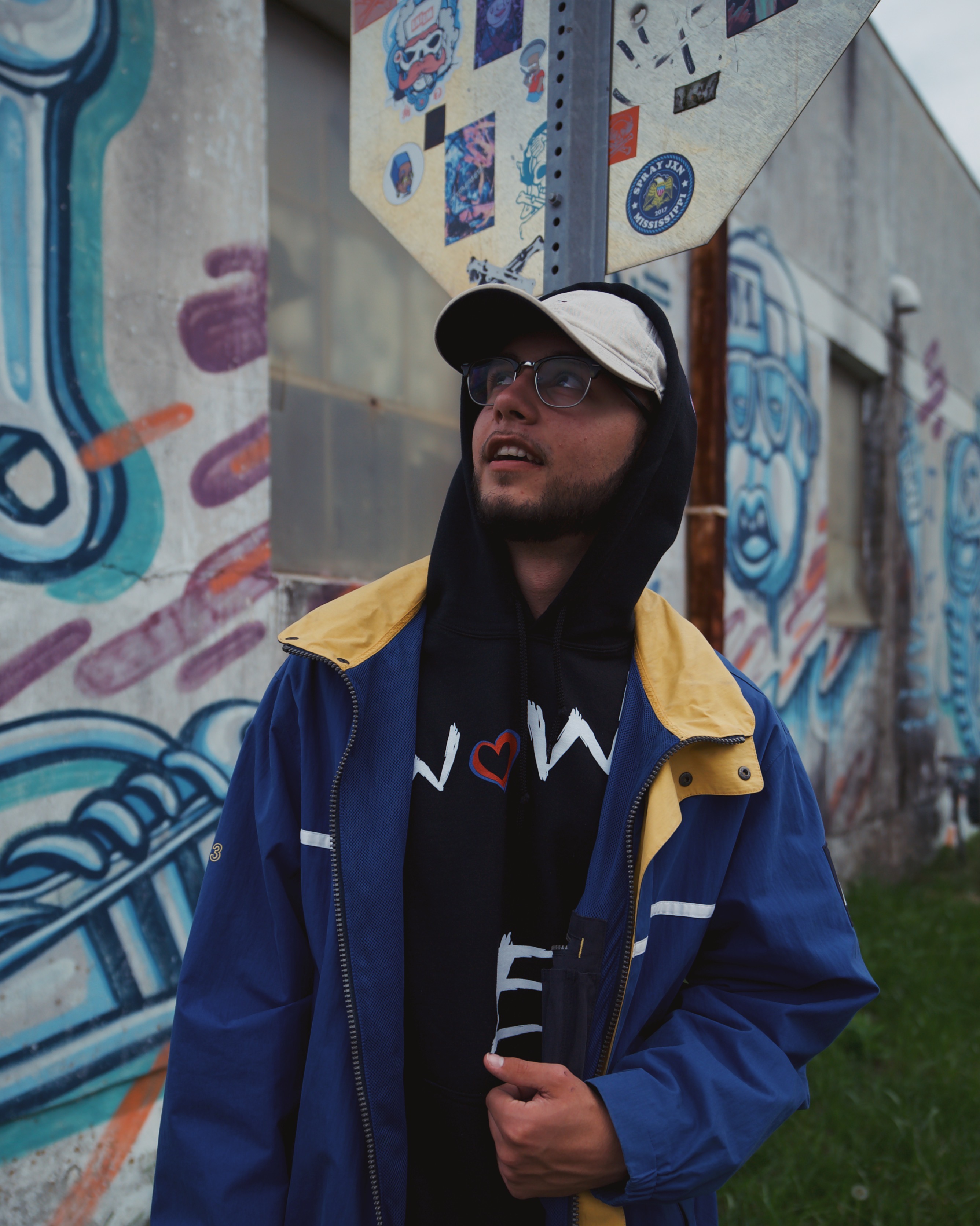 Nobigdyl’s “Stix” is a behemoth of a banger. The rapper’s bars make for an extra helping of stylish vigor that makes it a hit, but it’s really due to the thick, pumping beat that you want to hop out of your seat and go crazy.

Thank Wow Eli for this. The 20-year-old rising artist and producer made one hell of a riveting beat with enough bass to give you heart palpitations. In his new breakdown video, he shows how he made the beat for everyone interested.

Take a look at it below.

Get To Know Jesse Gray 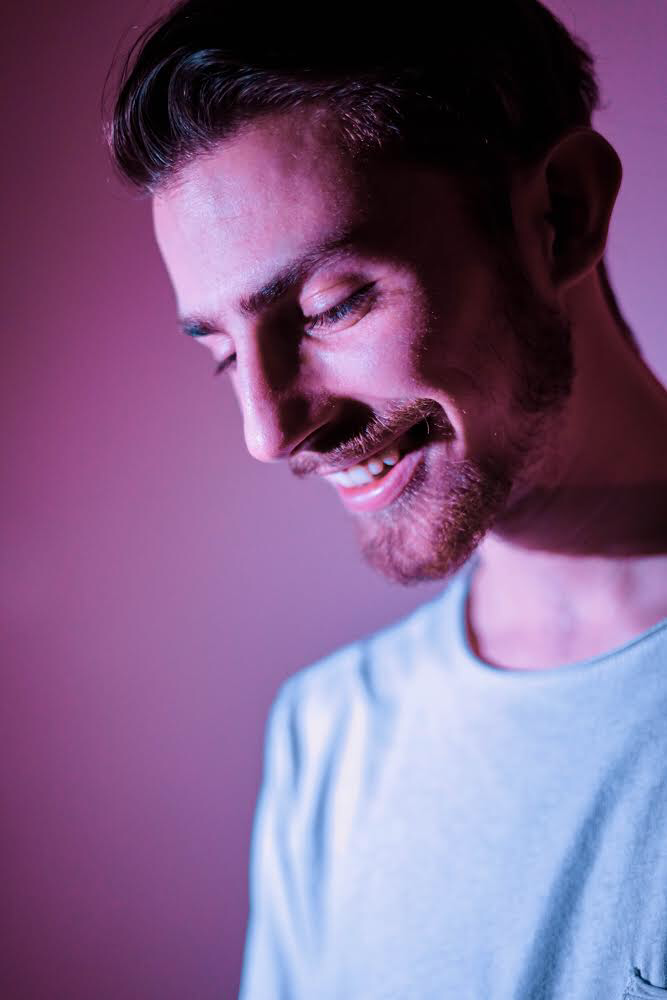 Thanks to artists like Lecrae and NF, Christian rap is in an entirely new space, somewhere between highly anticipated and highly appreciated. Their gritty, realistic look at uplifting that comes partly from a Christian lense but also in the streets around them, has given birth to a generation of artists influenced by these aesthetics and boldly pushing forward to bring the genre further than ever imagined.

One of these new artists is Jesse Gray, a Denver-based rapper with an intense and diaristic style that immediately captivates you upon listening to what he has to say. His recent release, “Catch Me If You Can” balances understanding with despair, utilizing past experiences to paint a haunting portrait of when things start spinning out of control.

We’ve spoken with him about “Catch Me If You Can,” the Denver rap scene, and more in an exclusive interview

Who Is Jesse Gray?
I am a 21-year-old rapper from Denver Colorado. I’ve been writing since I was 14, wrote 6 albums worth of music over the years and am finally ready to drop some music. I’m a creative guy who loves rap that tells a story  whether through a focused storytelling song or a concept album.

How did you realize that you wanted to rap?
I grew up in a Christian household and we went to church every Sunday. We almost exclusively listened to worship music. All of the songs that I heard were “positive” and meant to be encouraging, but when I was 14 it didn’t satisfy me anymore. I felt alone in my feelings, as many of us have, and I didn’t know where to go.

One day in the summer, I was searching around in Pandora and found this artist, Lecrae. My mom hated rap at the time, and he sounded like a rapper. So, me being a rebellious teen, I wanted to check out his music. The first song that came on was called “Prayin For You” and it brought me to tears. For the first time, I heard music that wasn’t just saying “everything’s okay” when I didn’t feel that. I heard music that I could relate to deeply, and I instantly fell in love with the vehicle of rap. That’s when I started writing my own songs.

Define “Catch Me If You Can” for me. What about your life is so fast that you want to slow down?
“Catch Me If You Can” was written while I was in college. It was a really dark time for me, depression was hitting me harder than ever before in my life, and I had fallen out of contact with both friends and family. School was stressful and I didn’t know where to turn, so I fell into drug use. The only way I knew to deal with how I was feeling was to escape it.

At the time I had also lost motivation to write music, which brought me even lower. I felt like I was falling, like I jumped out of an airplane to skydive, except the ground never got any closer. I felt as if I had no direction in life, and no means to control my destiny. I was living fast and making rash decisions, and yet the days seemed so long. This song is a plea to anyone who cared for me, if you see me falling please, catch me if you can.

How do you bring your personal experiences into your music?
For me, it’s all about conveying emotion. The song “Prayin For You” had a huge impact on my life and opened my eyes to the fact I was not alone. Whenever I’m feeling something, whether it be joyful or upset, I try to write my feelings in a way so that others can understand and ultimately relate. It helps me understand myself better putting feelings into words, and the goal is to help others with similar feelings. Some people have journals or diaries to make sense of how they feel; I have music.

What’s the Denver rap scene like?
Honestly, I haven’t been to many shows or collaborated with anybody down here as of yet because I’ve just been honing my craft first. But I’m excited the begin exploring what the local scene is all about. There are a lot of talented people here.

What are you looking to accomplish in 2020?
This is my first release, and I’m looking to begin building a fan base this year. I want people to talk about my music with folk who are struggling, I really just want to help people. I’m also looking to strengthen my pen game and work with producers on-site more than just over email. I think that stuff is so cool, collaboration is something I’m hyped for because all my time writing music I’ve been solo.

What are you working on at the moment? When can we expect more music?
I am working on several different projects, but one of them is coming very soon. It’s a full-length album, and “Catch Me If You Can” is the second track on it. It’s called “Limbo” and I’ve been working on it for quite some time, now it’s almost complete. I’m so incredibly excited to show it off, I’m proud of this album and I hope it makes a positive impact on people, and I hope it gets head nods and stank faces. 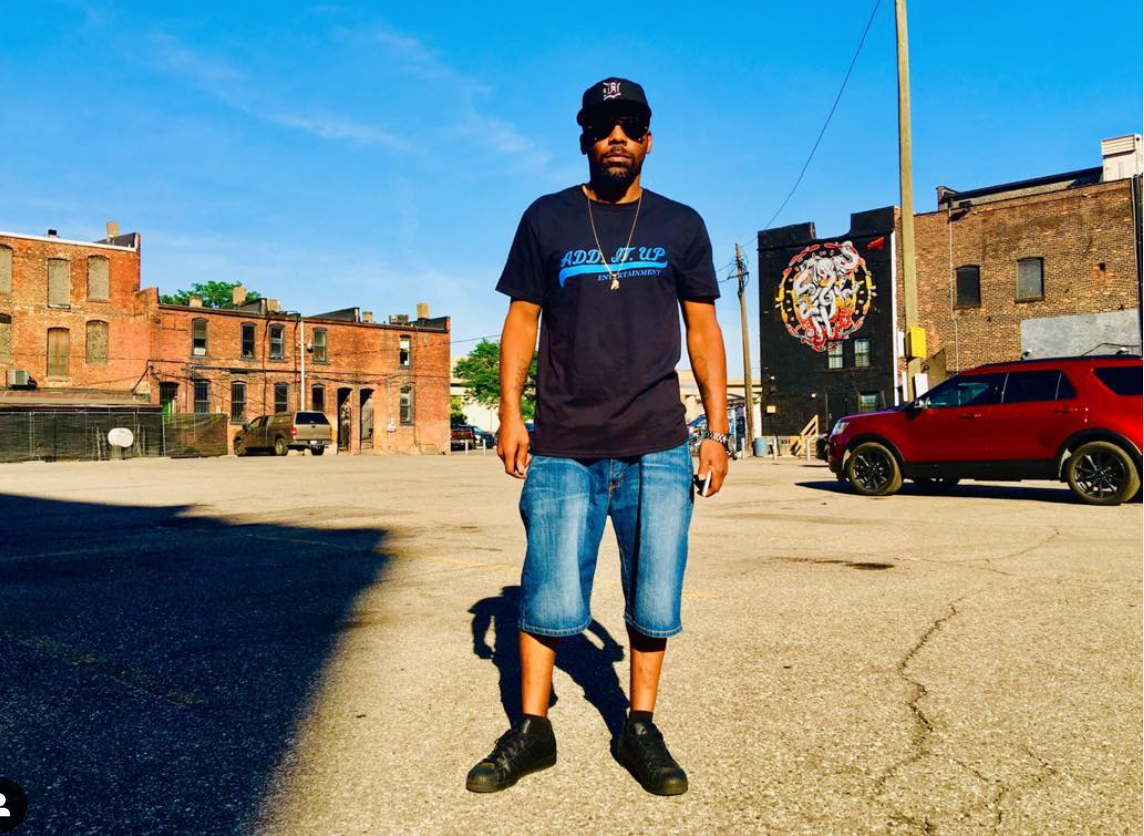 AddItUp Juan is the executive that you need to be familiar with. The CEO of AddItUp Ent. is putting something special together in these Detroit streets and he’s ready to make some serious change in the scene. Move over Diddy and Jay-Z: there’s another power figure coming for the spot.

Check out our conversation below.

Whats Is AddItUp Ent?
I found it to serve as all things related to entertainment. We are more than just music, more so a source for providing, producing quality lyrics, high energy artists, and beats made to perfection. We are positive support, love, and compassion for the AddItUp family.

What do you look to accomplish for the city of Detroit?
To be able to develop new artists from the city who want to give back.To prove no one makes better material than us. To keep the culture of Detroit relevant, not just a memory.

What was the process like recording “ONE CITY?”
It was a continuous, nonstop grind. With so many different styles and artists, there were minor obstacles we faced due to working with schedules or just life in general. It was a hardworking process yet fun and enjoyable, well worth it.

How did the collective come together?
We came together because of relatable passion and likeminded visions for this business. Working with people like Hunnit Andretti, Polo 2Time$, Illuminati G, and more who aren’t afraid to be expressive, not holding back because they feel it will interfere with their brand. We came together with the support from my wife and kids who want to help me leave a legacy. They motivate our efforts to push forward every day.

What’s the Detroit rap scene like?
It’s a growing scene full of talented raw underrated artists. Full of diverse hardworking artists who just want better for themselves without changing who they truly are.

How are you guys able to make such authentic music?
We are able to create such authentic music behind real-life experiences. I know that is often said but, for us, it’s still very real. For example: With the song entitled “S.O.S” artist/producer Hunnit Andretti expressed my situation through his lyrics which showed true art.

Where do you see AddItUp Ent. in five years?
We will continue to provide great material as far as music and other entertainment. Sponsoring even more youth programs than we already do. Expanding our brand so that we are one of the main sources behind sports, music, movies(etc…). We will have our hands in everything and definitely own an AddItUp youth football/basketball organization.